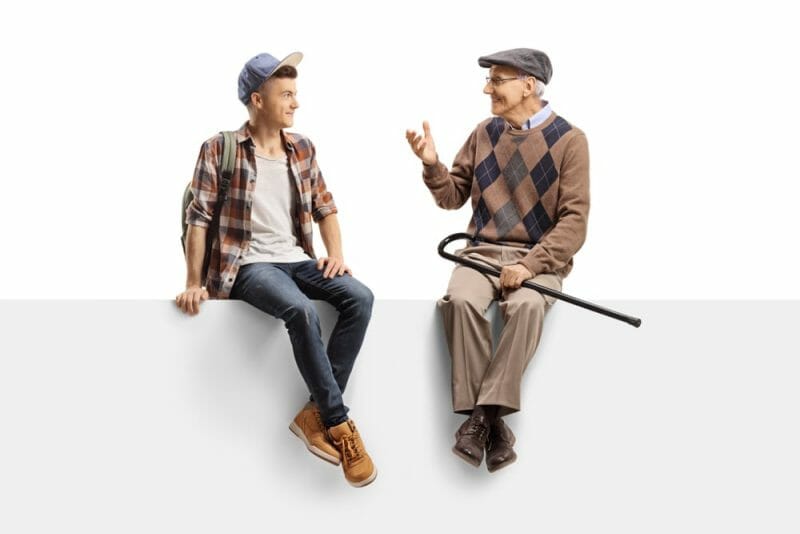 Vasco writes an informal email to Barbara after returning from a vacation they went on along with their significant others.

Luisa finally stands up to her terrible boss.

Ivo emails a cover letter along with his resume to apply for a position as a Chief Financial Officer.

Practice the imperative mood as Carlos tries to keep up with Sara’s cooking instructions!

Gustavo’s mother teaches him how to make his favourite dessert.

Grammatically speaking, the pronouns si and consigo belong to the 3rd person subjects: ele(s)/ela(s). This is because they were initially only used as reflexive pronouns*, which are pronouns that refer to the same subject or thing as the verb. For example:

The sentence above is still correct and wouldn’t be confusing because the context makes it clear who consigo refers to. Nowadays, however, it’s more common to see si and consigo used with 2nd person formal subjects. Si and consigo can replace você, as using você in European Portuguese can sometimes be seen as disrespectful or too intense. For example:

Handwashing is more fun when you do it in Portuguese!

Just like its people, the Portuguese language is very courteous. Below are just some of the many polite phrases used to express basic, everyday courtesy in Portuguese. A little kindness goes a long way, especially when you’re struggling to communicate in a new language! This guide covers the most important phrases, but there are also many others that will help get you started in simple conversations or greet people properly throughout the day.

In Portuguese, please can be por favor

We Portuguese tend to shorten words whenever we can. So don’t be confused if instead of se faz favor you hear ´faz favor in fast, informal speech.

One of the most important polite phrases in Portuguese:

This guide will cover how to address people formally vs. informally in Portugal, with a special focus on the difference between tu and você in European Portuguese.

Grammatically, it doesn’t take too long to learn the basics. The most challenging aspects for estrangeiros

Play slow audio Play normal audio foreigners, however, tend to be those that have to be made on a social level. For example, you must determine not only when it’s best to speak to someone formally, but also choose between the subtle variations of which formal language to use.

Even the natives (like Rui! 🇵🇹) have a hard time dissecting some of these unspoken social rules, but our aim is to make this the definitive European Portuguese resource for informal vs. formal language, and all the grey areas in between!

It’s important to be aware of the difference between tu and você from the beginning, but don’t worry if you don’t have it perfected right away. It goes without saying that it will take many months or even years of experience to get comfortable with all these social subtleties.

The Different Forms of “You”

You don’t have to worry about formality in the 1st person or 3rd person (yay!). But it gets a little trickier in the 2nd person, which has formal and informal variations.

As we mentioned, the two main pronouns used for speaking directly to someone are: tu

How to Tell Time in Portuguese: The Basics

In formal situations, you should apply the 24-hour clock system, and use the exact minutes shown on the clock, rather than more informal expressions of subdivisions of time (as you will learn about further below).

Tags:Grammar Formality Dates and Time
Read More ›
This website uses cookies to ensure you get the best experience Learn more