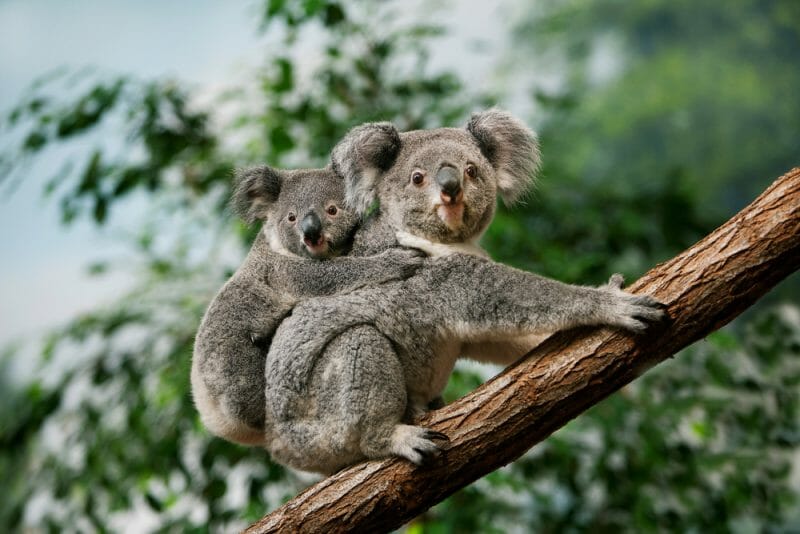 In Portuguese, verb phrases are known as locuções verbais. The definition of verb phrases varies in English, but in the Portuguese language, it refers to the use of an auxiliary verb + a main verb. More specifically, the formula “auxiliary verb + the main verb in the infinitive, past participle or gerund”. In such situations, the placement of the clitic pronoun is a bit more lax compared to the rules we’ve discussed in the past.

When the main verb is in the infinitive or gerund

In the first example below, the pronoun comes after the main verb (mostrar) and this would be the most common way to place it. This is because there’s not a so-called “attractive” word that requires you to place it before the verb (such as an adverb or negative word). This usually happens in affirmative sentences.

Personal pronouns can be classified according to how they are used within a sentence. There are clitic pronouns (pronomes clíticos

A quick reminder: With 1st person plural verbs that end in s, such as vamos, the s is dropped before adding the pronoun nos or vos. For example:

Nos corresponds to us or to/for us, as it is used for both direct and indirect objects. Examples:

In other words, we use reflexive pronouns when the action is something one does to oneself. In English, this would be words like myself, yourself, himself, ourselves, themselves, etc. For example, in the sentence “She convinced herself”, she is both the subject and the object, so we use herself as the reflexive pronoun.

You’ve probably come across some of these in earlier units and wondered how they work. For example:

Reflexive pronouns are clitic pronouns. A clitic is similar to an affix because it goes along with the verb rather than standing on its own. You’ll learn about the other clitics in more detail in a later unit. Luckily, they are mostly the same. Portuguese reflexive pronouns share most of the same pronouns as the Portuguese clitic direct and indirect object pronouns. The only difference is in the 3rd person, both singular and plural: se.

One last thing to note is that clitic pronouns are unstressed. (In another learning note, we’ll cover si and consigo, which are stressed pronouns.)

Here are the reflexive pronouns that correspond to each subject pronoun.

Let’s have a look at each pronoun individually, using one of the simplest Portuguese reflexive verbs, vestir-se

Play slow audio Play normal audio to dress oneself, to get dressed

In this lesson we’ll explore the first two clitic object pronouns in Portuguese, me and te.

Me corresponds to me or to/for me in English, as it is used for both direct and indirect objects. Examples:

Play slow audio Play normal audio She called me to the office.

Te, on the other hand, is used in informal contexts and is equivalent to the English you or to/for you. It is also valid for both direct and indirect objects. Examples:

Now, we’ve replaced the indirect object (a Joana) with the clitic –lhe, while the direct object remains in place.

Play slow audio Play normal audio I gave it to her.

In this lesson we’ll explore 3rd-person clitic object pronouns in Portuguese. We saved these for last because they are a little bit more complicated. Unlike the others we’ve practiced so far in the Clitic Pronouns unit, there are different forms depending on whether it’s a direct or indirect object pronoun. (Visit the introduction learning note if you want to review the chart of all the clitic object pronouns.)

Let’s look at the direct pronouns first, followed by the indirect pronouns. (Both the singular and plural forms work in the exact same way.)

The following clitic pronouns stand in for him, her, it, or them as the direct object. We have the default forms: o/a/os/as, plus two variants:

Third person direct pronouns are replaced by o or a (corresponding to him or her, respectively) in singular form and os or as (standing for them, masculine and feminine) in plural form.

Play slow audio Play normal audio Clitic pronouns are one of the trickiest subjects to learn and master in Portuguese. But don’t despair — we’re here to help! Throughout these lessons you’ll learn how to use clitic object pronouns correctly, but first you should understand more about the difference between direct and indirect objects.

The objects of a sentence can be represented in various ways, the most common being nouns and pronouns. Some verbs don’t need objects for the sentence to make sense, while others demand them. These are called transitive verbs.

For example, take the English phrase “She wants”. That sounds incomplete, right? In English, want is a transitive verb, so you need more information. What does she want? “She wants that car.” Now it’s a complete sentence, with “that car” as the direct object.

Play slow audio Play normal audio direct object answers the questions what? or who?, and therefore shows a direct connection with the main verb, complementing it.

Let’s look at a few examples in Portuguese:

In this lesson, we’ll have a look at direct and indirect object pronouns in Portuguese. These fall into the category of pronomes clíticos

Play slow audio Play normal audio clitic pronouns, along with reflexive pronouns, which we will cover separately, but which follow many of the same rules.

Keep in mind that we focusing on how to use object pronouns in European Portuguese, as there are some differences in the Brazilian dialect.

So What IS a Clitic Object Pronoun?

You may recall from the Reflexive Verbs unit that a clitic pronoun is an unstressed morpheme (sort of like a mini-word) that goes along with a verb. A clitic object pronoun shows to whom or to what the action refers. In other words, it takes the place of the people or objects represented by the direct or indirect objects.

For example, the direct object pronouns -me and -os:

Chart of Object Pronouns in Portuguese

Here are the direct and indirect object pronouns (“clitics”) associated with each subject pronoun:

When someone yells Sai!

There are 2 types of imperatives, the affirmative and the negative, shown below respectively. In these examples, the speaker is talking to multiple people, i.e. using the vocês (you – plural) form.

Regular Verbs in the Imperative in Portuguese

Play slow audio Play normal audio imperative can be thought of as the verb conjugation used for giving commands or telling someone to do something (or not to do something). These “commands” could take the form of orders, advice, requests, or pleas. Since the speaker is always talking directly to another person (or group of people), the imperative is only used with the following forms:

Tiago makes his father’s life difficult as he gets ready for school in the morning. Hugo finally finds a way of motivating him to cooperate.