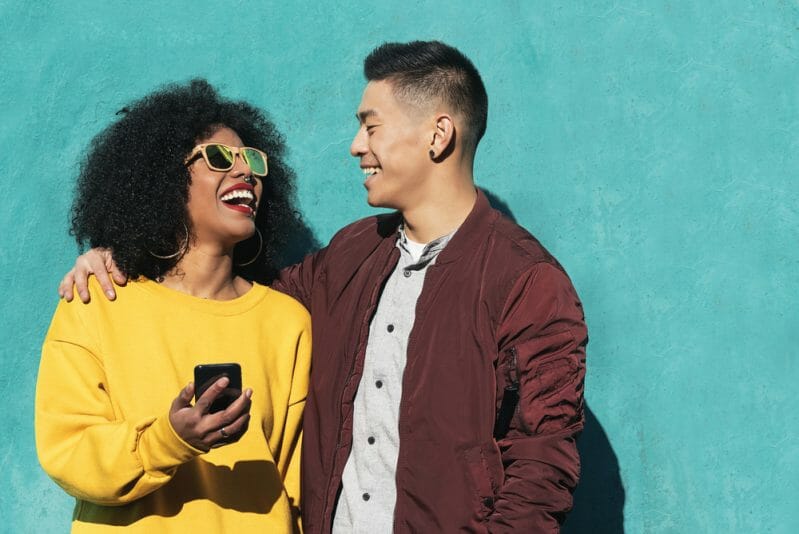 João and Luís enjoy their summer break by going to one of the popular music festivals held in Portugal.

Listen to some Portuguese slang words in action as Alfredo and Sílvia grab a beer while waiting for their friends.

Elsa’s boyfriend just broke up with her, so she goes to her friend Flávio for support. Notice how the imperfeito do conjuntivo is used throughout the dialogue.

Filipa and António make small talk after meeting in the park with their dogs.

Luís and Manuela have an unforgettable experience at a concert for one of their favourite bands.

João and Bianca decide to try out a new restaurant for lunch!

Luísa and Gaspar make plans for the weekend. Listen for how tonic pronouns are used throughout their conversation.

Sandra and Diogo are trying to catch up on a video call, but they keep running into technical difficulties.

In Portugal, a café is more than just a place to grab a quick coffee!

Two elegant friends bump into each other and can’t stop complimenting each other’s fabulous clothes.

António decides to call Luísa after a long time apart. Follow along as they make plans to see a movie!

Isabel invites Tiago over for dinner. Will one lasagna be enough?

Pedro is a teenager who became addicted to video games, but he recently discovered a whole new world full of activities and sports.

João and Marco are longtime friends who often meet up for coffee to catch up on each other’s lives. Find out what happens after João takes Marco’s advice on saving money at the supermarket.

Two elegant friends bump into each other and can’t stop complimenting each other’s fabulous clothes!

Marco catches up with his friend Diogo and they discuss what it’s like to live alone.

Diogo is invited by his friend Marco to attend a special event.

Bored out of his mind, Pedro accepts João’s suggestion to watch a movie, but wants to know everything about it before it even begins.

About to take a challenging exam, João and Pedro talk about their expected grades.

Miguel reminds João of the difference between book smart and street smart and also shares some big news.