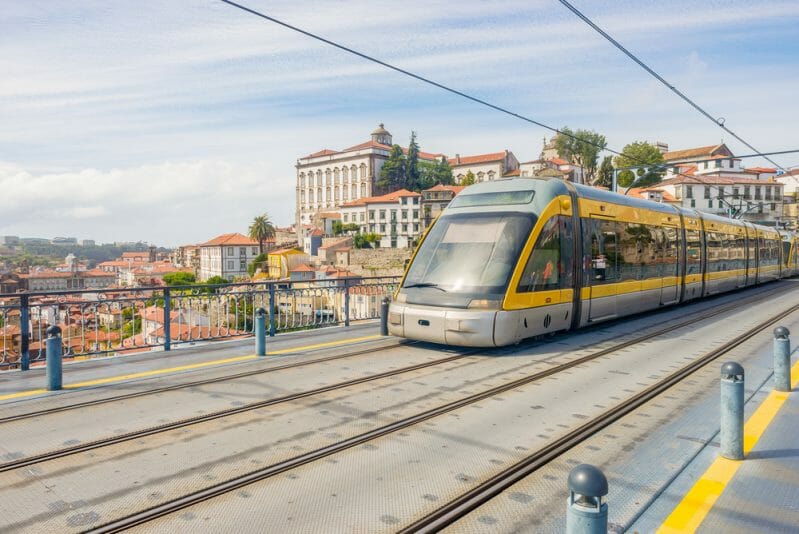 Years after walking the Caminho de Santiago in our first “Passo a Passo” film, your favourite Portuguese / Canadian pilgrims are back at it again, this time to walk the beautiful Rota Vicentina! To spare you from the foot blisters, Rui and Joel do the hard work for you, trekking through challenging sand dunes all […]

Let’s learn about a popular mode of transportation in Portugal, as well as the rest of Europe: motorcycles!

Vera and Duarte start getting hungry while discussing what they like to eat.

Andreia and Filipe have a long day of travel ahead of them as they make their way to Lisbon by bus, plane, metro, and train.

Marco is lost! In more ways than one…

Ana is trying to get to Coimbra for an important business meeting. Will her train ever arrive?

Luís is visiting Lisbon for the first time and plans to travel by metro. As he’s not familiar with this form of transportation, he decides to ask for some help!

Maria has a train to catch, but first she has to stop at the post office. Will the taxi driver get her to the train station on time?

Alfredo is waiting for his friend Rute at the train station. Follow along as they find their seats and discuss their future travel plans!

Lisbon is a large city with plenty to explore! Save yourself some time and money by taking a closer look at some of the various options for public transportation.

As a gift to us and all Practice Portuguese fans, our friend Wayne Wilson has turned this episode into a fully-animated cartoon.

With this newly-animated version of one of our early podcast episodes, we flash back to a time when Joel’s Portuguese skills were in their infancy! (Can you hear a difference?)

In this episode, Joel arrives to Lisbon and is faced with a challenging (and frustrating) taxi ride.

Diogo is invited by his friend Marco to attend a special event.

A hopelessly late traveler finds no sympathy from a bus station’s ticket seller, as he tries to find a way to his destination.

A taxi driver tries to help a very confused passenger.

Joel wants to take Portuguese classes, but first he needs a metro pass. This episode has a special guest, who could it be?

Updated February 11, 2019: As a gift to us and all Practice Portuguese fans, our friend Wayne Wilson has turned this episode into a fully-animated cartoon.

In this episode, Joel arrives to Lisbon and is faced with a challenging (and frustrating) taxi ride.