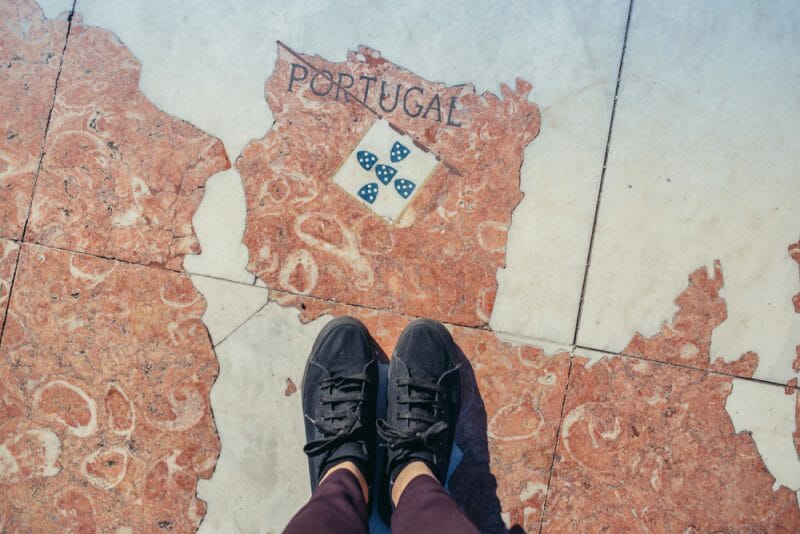 Of Évora’s various monuments, the Chapel of Bones is one that’s as incredible as it is frightening!

Learn more about the Torre de Belem, one of the most popular monuments to visit in Portugal.

Learn about Serra da Estrela, the highest mountain range in mainland Portugal. Correction on Line 5: We recorded this as “1933 metros”, but the actual elevation is “1993 metros”.

Did you know there is a hidden house between two famous churches in Porto?

The Serralves Museum is a prominent museum of contemporary art, surrounded by a large park and gardens.

Maria and Isabel spend the day at the Lisbon Zoo.

Ivo’s plans to take a simple walk get a bit more complicated when António asks him to run some errands.

Learn about the Mosteiro da Batalha, an emblematic monument in the history of Portugal.

The Santa Justa elevator (lift), built in 1900 to allow greater accessibility around the city, has now become a popular tourist attraction in downtown Lisbon.

Learn more about the city of Aveiro and why it’s known as the “Venice of Portugal”.

Learn more about Casa da Música, a space solely dedicated to music and the arts in Porto.

Leiria is a lively city in central Portugal with a beautiful castle, year-round festivals, and plenty of pine trees!

Learn more about Dino Park, a theme park for all ages where you can explore different periods of Earth’s history and see life-size models of dinosaurs!

Isabel and Luísa are college students who take a break to explore the beautiful and historic city of Évora!

A hidden gem in the center of Coimbra, Sereia Garden is a beautiful park filled with interesting sculptures, many species of trees, and its fountain, an integral part of a long-standing university tradition.

Learn more about Ponta da Piedade, a beautiful place to visit in the south of Portugal!

Learn more about Faro, the largest city in the Algarve region of Portugal with plenty of charm.

Learn more about Parque dos Monges in Alcobaça, where you can discover what it was like to live during medieval times!

The World of Discoveries is a museum and theme park which reconstructs the journeys of Portuguese explorers.

Have you ever visited Livraria Lello in Porto? Learn more about this popular bookstore and find out why it became famous worldwide.

The Lisbon Zoo was a pioneer in animal conservation and education. Learn more about how the zoo evolved over time and be sure not to miss it when you visit Lisbon!