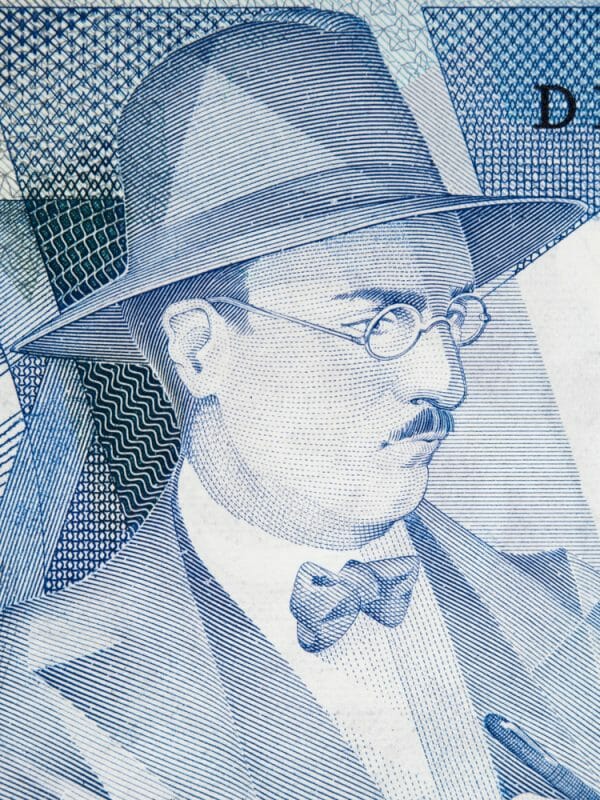 Learn why the 25th of April was such an important day in Portuguese history.

Amália Rodrigues was one of the most important voices in the Fado music of Portugal.

Luís de Camões was a Portuguese poet considered one of the greatest figures of Lusophone literature. Learn more about his eventful life and his most famous work, “Os Lusíadas”.

Marie Antoinette was an important historical figure and has become a popular culture icon, being the subject of several books, films, and other media. Learn more about the life of this iconic woman!

Learn about the life of Bocage, a Portuguese national poet best known for his satirical sonnets and his role in the Arcadian literary movement.

Hear the story of Maria de Bragança, the first woman to occupy the throne of Portugal. Find out what happened during her reign and why she was known as “The Mad Queen”.

Joana Vasconcelos is a world-renowned Portuguese artist whose works include many large-scale public installations.

Learn about D. Dinis, considered one of the most highly respected kings in the world and one of the greatest figures in Portuguese history.

D. Sebastião was a Portuguese king who died in the Battle of Alcácer Quibir. From the grief and hope of the Portuguese people, a myth was born surrounding his disappearance.

Maria do Maria is the most important work of the filmmaker Leitão de Barros and a fundamental point in the history of Portuguese cinema. Learn more about this classic silent film from the 1930s.

Raphael Augusto Bordallo Pinheiro was a Portuguese artist, best known for his caricatures and ceramic tableware. He created a wide variety of important works through his many different talents as a watercolour artist, political and social caricaturist, journalist, draftsman, and more.

Meet the Padeira de Aljubarrota, a very important baker during the Battle of Aljubarrota who became famous for her bravery and ruthlessness against the Castilian soldiers.

A life full of profound suffering was transformed into beautiful poetry. Meet Florbela Espanca, a successful Portuguese poet who died at only 36 years of age.

Fernando Pessoa, one of the greatest poets of the early 20th century, was a singular man with plural artistic identities. Learn more about one of the most important literary figures in Portuguese history.

A few days ago, Joel overheard some enthusiastic Portuguese natives talking about how António Guterres had been chosen as the new secretary-general of the United Nations. So in this episode, we take the opportunity to explore António’s life and the experiences that led up to this proud moment in Portugal’s history!