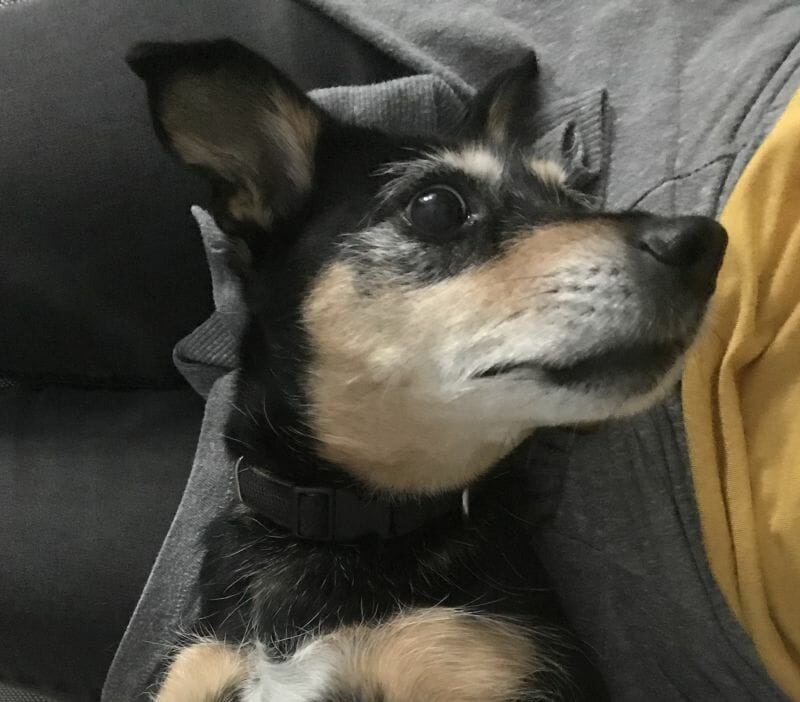 Elza enjoys long walks, ear scratches, hiding under blankets, and making as much noise as possible while Rui and Joel record podcasts.