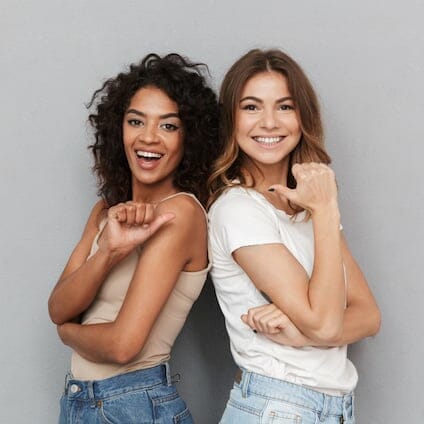 Personal pronouns can be classified according to how they are used within a sentence. There are clitic pronouns (pronomes clíticos

*We replaced vós (a formal, archaic pronoun) with vocês because vocês is the most common way of using the 2nd person plural subject. Grammatically, it is treated the same as 3rd person plural, so the verb is conjugated accordingly, as in the example below:
Vocês foram embora, e ela foi convosco Play normal audio You (pl.) left, and she went with you (pl.)

Stressed? Unstressed? What’s the difference? When we talk about stress in the context of pronouns, we basically just mean how much emphasis is placed on the pronoun in the sentence. With clitic pronouns, which are unstressed, you will notice that they are attached to or right next to the verb. They seem to fill a more grammatical role, subtly modifying the verb. For example:
Eles deram-me os documentos

In a passive sentence, the group of words that follow the preposition por