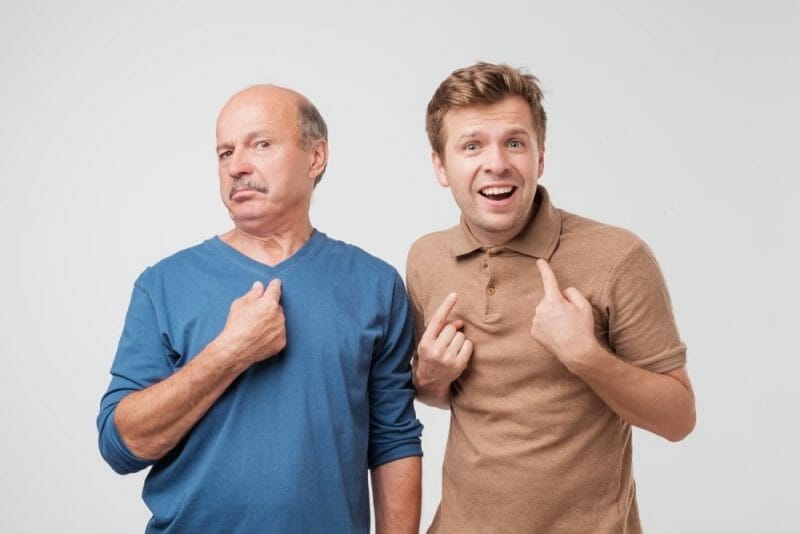 As you’ll find below, verbs that are reflexive in Portuguese are not always reflexive in English, and vice versa.
Reflexive pronouns are clitic pronouns. A clitic is similar to an affix because it goes along with the verb rather than standing on its own. You’ll learn about the other clitics in more detail in a later unit. Luckily, they are mostly the same. Portuguese reflexive pronouns share most of the same pronouns as the Portuguese clitic direct and indirect object pronouns. The only difference is in the 3rd person, both singular and plural: se.
One last thing to note is that clitic pronouns are unstressed. (In another learning note, we’ll cover si and consigo, which are stressed pronouns.)

Here are the reflexive pronouns that correspond to each subject pronoun.

Let’s have a look at each pronoun individually, using one of the simplest Portuguese reflexive verbs, vestir-seto dress oneself, to get dressed Slow audio Play audio

Me is the equivalent of myself. Example:
Eu vesti-me à pressa para não chegar atrasado.I dressed myself in a hurry, so I wouldn’t be late. Slow audio Play audio

Te is used in informal contexts and corresponds to yourself. Example:
Vestes-te tão lentamente!You dress yourself so slowly! Slow audio Play audio

Nos is the equivalent of ourselves. Example:
Vestimo-nos com os nossos disfarces de Carnaval.We dressed ourselves with our Carnival costumes. Slow audio Play audio
Notice when adding -nos that the -s at the end of 1st-person plural verb forms is always dropped: vestimos + nos = vestimo-nos.
Note: This rule about just dropping the -s in the 1st person plural only applies to the clitics -nos and -vos. You can also read this Learning Note on 3rd Person clitic object pronouns to learn more about other contexts in which you have to drop and/or add a letter when using clitics.

Where do You Put the Reflexive Pronoun?

Reflexive pronouns follow the same rules as other clitic pronouns. As you can see in the examples above, the reflexive pronoun is usually placed after the verb, connected by a hyphen. There are many exceptions, though, so below we have detailed the situations in which the pronoun comes before the verb:

3. When the reflexive verb follows an indefinite or relative pronoun

4. When the reflexive verb follows a subordinating conjunction

Which Portuguese Verbs are Reflexive?

Verbos reflexos are also known as verbos pronominais reflexos (pronominal reflexive verbs) because they combine themselves with the clitic pronouns we mentioned above: me, te, se, and nos. The action expressed by the verb “falls” on the subject represented by the pronoun (i.e. whoever takes the action).
Some verbs are always reflexive, while some can exist in both reflexive and non-reflexive forms. With the latter, however, the meaning of the verb can change accordingly. Let’s look at some examples:
Encontrei um euro no chãoI found a euro on the floor
Encontrei-me com o João na terçaI met up with João on Tuesday
Pergunta-lhe se está tudo bemAsk him if everything is fine
Pergunto-me se está tudo bem com eleI wonder if everything's ok with him
In the first pair, you can see that the verb encontrar means “to find” in the first sentence, while the reflexive verb encontrar-se in the second means “to meet up”.
Then, in the second pair, the verb perguntar means “to ask” while in the second sentence, it becomes the reflexive verb perguntar-se which means “to wonder”.

How will I know the difference?

Which verbs are always reflexive?

Now, as mentioned above, some verbs are always reflexive and have to be paired with a reflexive pronoun (except when in the past participle form). This is the case with the verbs arrepender, queixar and zangar, for example.
You can’t just say Eu arrependo or Eles queixam; you need to add a pronoun to the sentence.
Eu arrependo-me do que disseI regret what I said
Eles queixam-se do barulhoThey complain about the noise
Note: If you use the past participle of these verbs, you don’t need to add a pronoun. Eu estou arrependidoI am sorry

Some reflexive verbs like ver-se are also reflexive in English: Eu vi-me no espelhoI saw myself in the mirror . However, there are also many that are reflexive in Portuguese, but not in English. In other words, sometimes a verb requires a reflexive pronoun in Portuguese, but can stand alone in English. Below are some examples:
Eles lembram-se do meu aniversárioThey remember my birthday
Eu rio-me muito contigoI laugh a lot with you
Ela atrasou-seShe's late
Sentes-te bem?Do you feel well?
Eu levantei-meI got up
Other examples include: vestir-seto get dressed Slow audio Play audio , esquecer-seto forget , zangar-seto get mad , chamar-seto be called and divertir-seto have fun , to name a few.

We’ll dive deeper into the topic in the next unit (Tonic Pronouns) with the Learning Note on Reflexivity with Tonic Pronouns. It will cover words like comigo, contigo, etc, as well as how to add próprio or mesmo to a phrase to emphasize the reflexive nature of a verb even more.
But for now, let’s continue to on to the next lesson to start practicing what we’ve learned so far about how to form reflexive verbs!