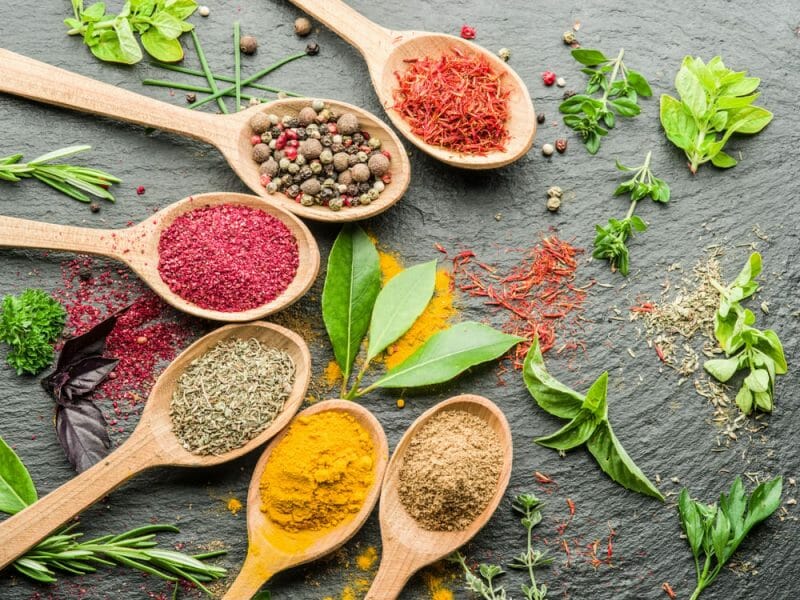 Before we go any further, it’s best to explain the difference between ervas Play normal audio herbs and especiarias Play normal audio spices. Simply put, herbs are leaves while spices are seeds, bark, roots, and flowers. If you love food like we do, or want to understand the menu at a Portuguese restaurant, we think you’ll enjoy this guide to vocabulary for herbs and spices in Portuguese cooking. Thanks to Relish Portugal magazine for suggesting this great idea!
Depending on the type of herb, you can buy them in many different forms:

Fresh herbs often have better flavour, but dried alternatives are more practical for people who don’t cook often. They’re also easier to find at the grocery store, whereas certain fresh herbs can only be found at a farmers’ market. Many Portuguese people like to use their little backyards or gardens to grow fresh herbs.
Spices are always dry and come either whole or ground into a powder. You can buy them in little frascos Play normal audio jars, saquetas Play normal audio packets, or sometimes a granel Play normal audio in bulk – which is the cheaper option.

They may not be in every kitchen, but these herbs are among the most common in Portuguese food. 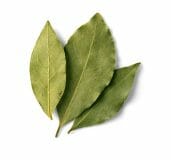 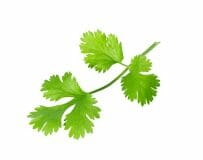 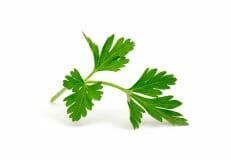 Coentros Play normal audio Cilantro, coriander and salsa Play normal audio parsley are two similar looking herbs with a different taste and smell. Both have a citric, bitter flavour, with cilantro being much stronger, which may be why some people don’t like it. Salsa mainly appears in northern Portuguese recipes, while coentros is a staple of many southern dishes. Dried or frozen options exist, but they taste better fresh.
Salsa is usually one of the last things to add to a Portuguese dish, since cooking it diminishes the flavour. It’s so popular that, when paying for vegetables or fruits at mercearias

Play slow audio Play normal audio grocery stores and mini-mercados Play normal audio mini-markets, it’s not unusual for people to ask for complimentary branches of parsley. Usually, the only fish it is combined with is bacalhau

Play slow audio Play normal audio codfish, in several recipes.
Coentros is often a main ingredient in soups and sauces and it pairs nicely with fish and clams. Coentros are also one of the ingredients in the popular dish Açorda à Alentejana Play normal audio . This dish consists mainly of bread and originates in the Alentejo region, but is now present in restaurants and homes all over the country. 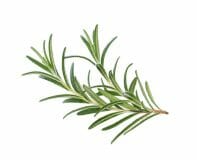 When seasoning meat and/or making roasts, a great replacement for louro is alecrim Play normal audio rosemary as it also goes well with potatoes.
One common mistake people make is calling rosemary “rosmaninho” – which is in fact another name for alfazema Play normal audio lavender, and not alecrim. 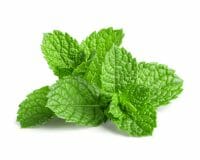 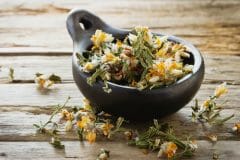 When talking about the Descobrimentos Portugueses Play normal audio Portuguese discoveries, Age of Exploration, one is always bound to mention the spice routes and how valuable they were. While their worth was once on par with gold, today they are relatively cheap and always present in our cupboards. 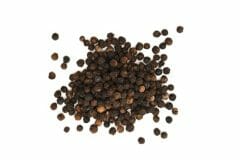 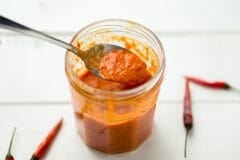 Piri-piri Play normal audio is a very hot variant of the chili pepper that’s very common throughout Portuguese-speaking countries, and was originally cultivated in Mozambique. It is a very small pepper that can be cut to add to marinades or used as a condiment. Supermarkets often carry piri-piri infused olive oil or you can make your own, as restaurants and ‘snack-bars’ usually do. 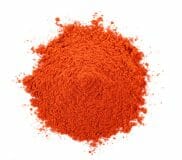 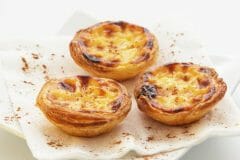 Canela Play normal audio Cinnamon is mainly found in Portuguese desserts and other sweet dishes, usually as a topping. Although not necessary, when eating the famous pastéis de nata, many recommend sprinkling cinnamon powder on top first. 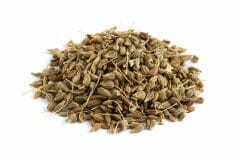 Erva-doce Play normal audio anise is often confused with funcho Play normal audio fennel as they have a very similar appearance and a sweet, licorice-like taste and aroma. “Sweet-grass” is the literal translation of erva-doce, but the seeds are actually the part of the plant we use. Whole or ground, they’re used in many desserts and Portuguese pastries as well as seasoning for castanhas cozidas Play normal audio boiled chestnuts. 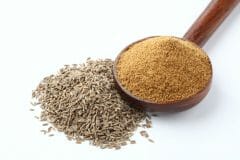