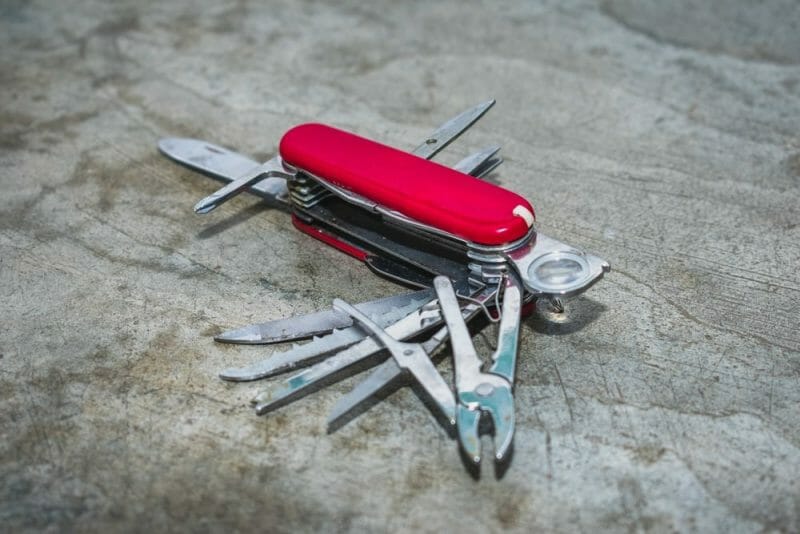 The verb ficar Slow audio Play audio is a very common, and important, Portuguese verb. Ficar is sort of like a Swiss army knife, as it can take on many meanings… but you also have to careful with it!
In most cases, this verb means to be, to stay, to become, or to keep. It implies that something happened or will happen, or that something changed (and that change can be either permanent or temporary). It can also be used to indicate the placement of objects, cities, buildings and so on (especially unmovable objects), or talk about the location where a certain object is usually stored.
You can explore the different verb conjugations here.
We’ll also discuss the difference between ficar vs. ser vs. estar vs. tornar-se, as these are often difficult for non-native speakers to differentiate.

Most Common Meanings of Ficar

Eu vou ficar em casaI'm going to stay home
Fica comigoStay with me
When the meaning is “staying/being at”, the verb ficar is referring either to the near future or to something recurrent. We can explain this by giving some context to the first example: Jantem fora vocês que eu fico em casaYou dine out and I'll stay home . Ficar helps to portray the idea that I will continue to be at home while you are eating out. 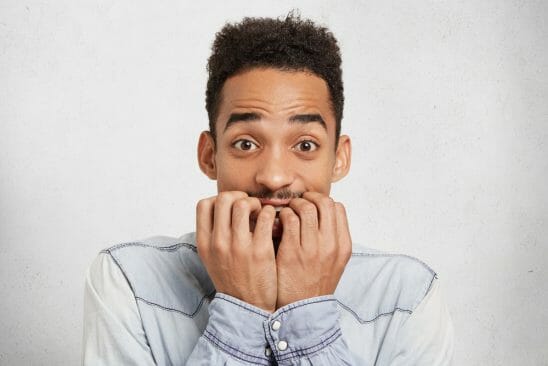 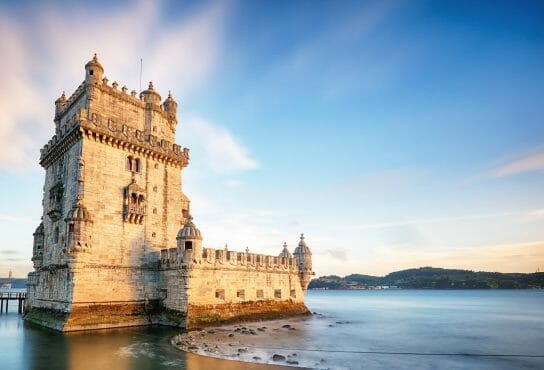 Turn out / End up 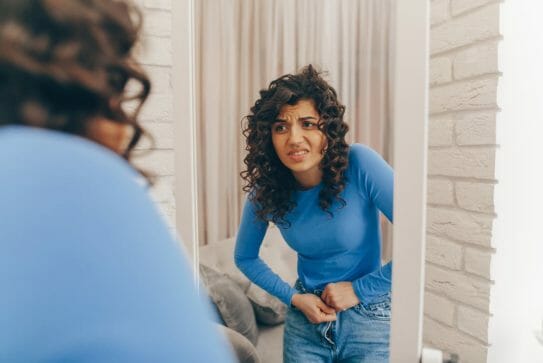 Other Meanings Within Expressions

Ficar also makes an appearance in many common expressions. The exact translation may not always be straightforward, but as you see and hear more examples, you’ll start to get a sense of the meaning the word imparts on a phrase:
O jogo ficou empatadoThe game ended in a draw, The game was tied
Temos de ficar de péWe have to stand, Literal - We have to stay on foot
Vai ficar para a históriaIt will go down in history Slow audio Play audio
Os fãs ficaram loucosThe fans went crazy Slow audio Play audio
Vou ficar por aquiI'll stick around, Literal - I'll stay around here

Ficar vs. Ser vs. Estar vs. Tornar-se 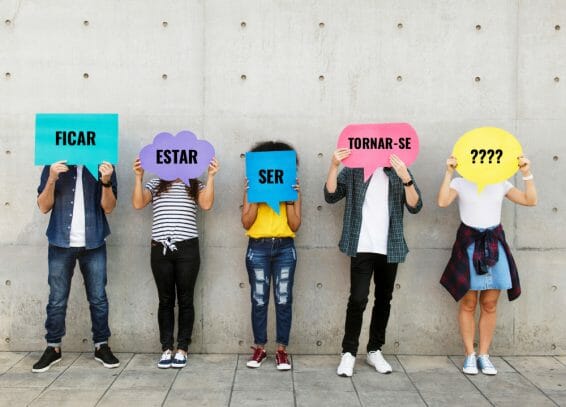 As you can see,  ficar is quite versatile! However, you may have also noticed that it sometimes shares a similar meaning to a few other common verbs. So how do you know which one to use? The following section will highlight the similarities and differences between ficar, ser, estar, and tornar-se in order to help you better understand when you can use the verb ficar, and when you can’t.

While ficar is generally associated with change, estar is often used with temporary qualities and traits, as well as the location of movable objects.
For the most part, ficar and estar cannot be replaced with one another without, at least, reconstructing the whole sentence. Let’s look at some simple sentences that illustrate these differences in meaning:
O meu filho fica em LisboaMy son stays in Lisbon
O meu filho está em LisboaMy son is in Lisbon
Eu vou ficar com eleI'm going to stay with him, I'm going to keep it
Eu vou estar com eleI'm going to be with him
Estás a dever-me um almoçoYou owe me a lunch
Ficas a dever-me um almoçoYou (will) owe me a lunch (after this)
The only situations in which ficar and estar are practically always interchangeable is when talking about the placement of buildings or locations:
Viseu está perto da Serra da EstrelaViseu is near Serra da Estrela
Viseu fica perto da Serra da EstrelaViseu is near Serra da Estrela
O museu está situado na Rua XThe museum is located on Street X
O museu fica situado na Rua XThe museum is located on Street X
However, with movable objects, the meaning is a little different. Using ficar implies that that is the usual location for an object, while estar just indicates the current location:
A caneta fica na mesaThe pen (usually) stays on the table
A caneta está na mesaThe pen is on the table
There are, of course, some ‘exceptions’ in which, despite there being a slight technical difference in meaning between the verbs, we treat them the same in casual conversations. For example, it’s common to use estar and ficar interchangeably when referring to how clothes fit:
Essas calças ficam-te apertadasThose pants are tight on you (when you put them on)
Essas calças estão-te apertadasThose pants are tight on you (in this very moment)
Here are a few more examples in which the meanings are technically different, but they are casually used interchangeably:
Fica à vontadeMake yourself at home, Be my guest, Feel free to...
Estás à vontadeBe my guest, Feel free to..., You're welcome to...
Cada vez fico mais convencido...I become more and more convinced...
Cada vez estou mais convencido...I'm more and more convinced...

These two verbs are even more different from one another. As mentioned in a previous Learning Note, ser is often used with inherent or intrinsic qualities and personality traits as well as with professions. Ficar can’t be used with the latter and, when talking about qualities or traits, it means becoming, as opposed to being.
Eu sou bonitoI am pretty
Eu fico bonitoI become pretty, I'll get pretty
Vais ser arquitetoYou'll be an architect
Slow audio Play audio
Similarly to what happens with the verb estar, though, ser and ficar can both be used when talking about the unmovable location of a building, store, or room, for example.
A casa de banho é ao fundo do corredorThe bathroom is down the hall
A casa de banho fica ao fundo do corredorThe bathroom is down the hall
O restaurante é já aquiThe restaurant is over here
O restaurante fica já aquiThe restaurant is over here

We hope these examples gave you a good overview of the verb ficar in Portuguese. Don’t worry if it’s not crystal clear. That’s just the nature of language! Even natives often have a hard time explaining the differences and why one is used over the other. As is usually the case, it takes time and experience to become comfortable with the variety of contexts for using this verb, so it’s important to spend some time exploring the examples.
In an attempt to simplify something not so simple, just remember that while there are a lot of exceptions and technical differences, you can usually use ser, estar, and ficar interchangeably when talking about location, but in other contexts you need to be much more careful. One of the primary differences is that ficar often implies change in state.
Now, let’s move on to the lesson exercises to start practicing in context! (coming soon)